The Christmas Attic - The Story

Part 2 of the Christmas Trilogy

Somewhere in this universe between reality and dreams, the Lord's youngest Angel sat upon a star lost deep in thought. Once again the Lord had given him a quest, to return to Earth on the night of Christmas Eve and this time, to leave the one thing behind that would most benefit all of mankind. At first he thought that this would be easy, for the Kingdom of God was filled with countless gifts that would be embraced by all humans, but then the Lord gently told him that as part of his mission, he could bring nothing with him from the heavenly world. Like the race of man that he would be endeavoring to help, he must arrive and leave the Earth with only his soul.

"Lord," the Angel humbly asked, "If I may take nothing with me, how can I leave something behind, especially a gift so great that it will benefit all of mankind?" But the Lord only smiled and pointed out that he should leave swiftly for his time was quickly passing. And so the Angel now found himself lost deep in the labyrinth of his problem. But as he sat there pondering, the Angel suddenly felt his soul being touched by the prayer of a child. Now this was quite unusual, for on this night most children were long asleep in the anticipation of all the magic and possibilities the next morning would bring. However, earlier that day some older children had told her that Christmas was not real. That it was a holiday made up to amuse small children like herself and that no adults at all believed it was anything more. It had no other purpose except for the possibility of helping stores clear away overstocked merchandise. When she protested that her parents themselves had told her that everything about Christmas was real, they laughed and said that parents were the ones most deeply involved in this conspiracy.

So on this normally most anticipated of nights, she found herself unable to sleep as she tried to figure out what the truth of this situation was. Then all at once, the shadow of a child's idea started to form in her mind. There was one person who could solve this dilemma, for his presence alone in her home would confirm that all that was said about this night was true. Now, this man was very rarely seen for he usually only arrived when all were fast asleep, but with so much at stake she had decided that she would sneak down to the living room and stay awake until he had arrived to deliver his gifts. But on her way downstairs, she remembered that earlier that year her father had walled up the chimney after some bricks had fallen.

After a moment's hesitation, she decided to alter her plans and finding a candle for light, she climbed up the stairs to the attic where she would have a clear view of all that would occur that night on the roof. Unsure of when, or even if he would arrive, she found herself saying a small prayer before sitting down to wait.

Now, the Angel was concerned because his remaining time to complete his mission was so limited, but like all angels he was unable to turn away from any soul in need and moments later was at the young child's side. As the Angel stood in the attic of that old Victorian house, he could not help but feel the numerous shadows of Christmases past that inhabited this room and he immediately formed a plan to help this child believe once more. Noticing that these Christmas shadows were deepest near an old trunk, the Angel gently turned her eyes in that direction. Then while softly running his fingers through her hair, he whispered to her that exploring it might be a good way to pass the time as she waited. 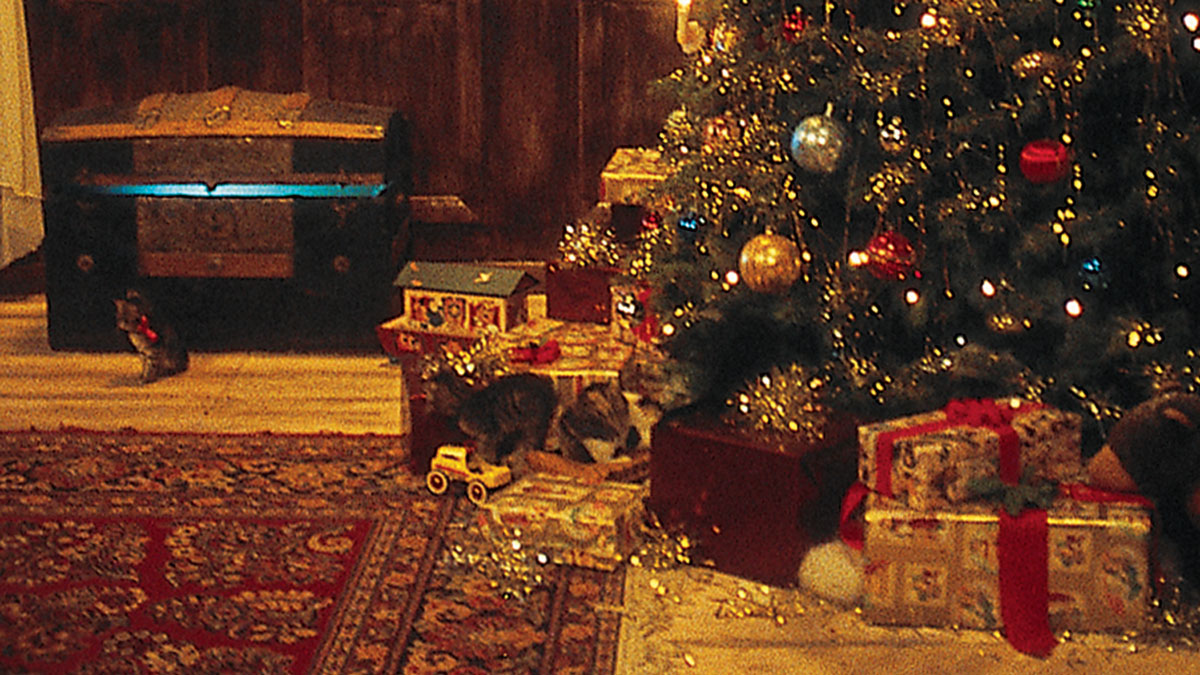 Minutes later the child would discover that the trunk was filled with numerous items that evoked memories of Christmases from long ago. Ornaments, toys and old records were piled one on another, but the most interesting thing in that trunk was a small stack of yellowed letters and Christmas cards from long before she was born. Fascinated with this window to seemingly forgotten lives, she sat down on a small pile of books and began to read.

The letters were all from different individuals each with a different story of how Christmas had touched their lives. There was a father witnessing Christmas through his child's eyes, a young man who had found his life turned around for the better, but the one that she found the most interesting was one she recognized as being from the lady who had once owned this house. The woman now lived next door and rarely had any visitors. It was accompanied by an article about a successful businessman, and a picture of the both of them together at a much younger time in their lives. 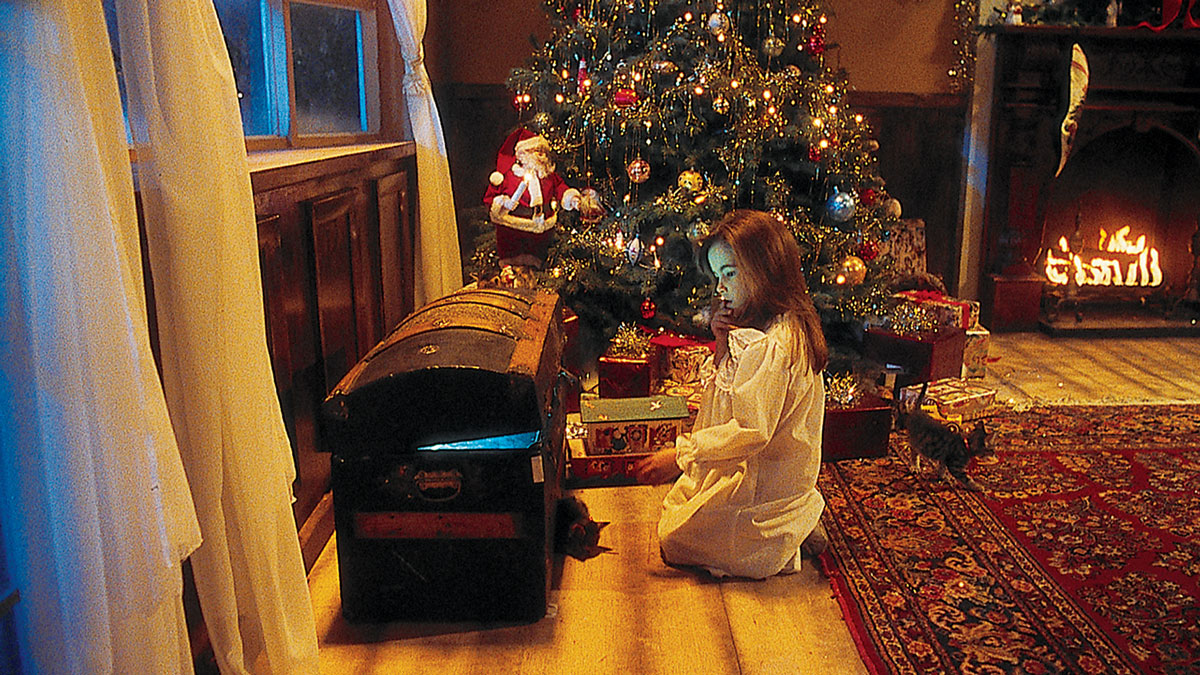 For the next part of the night the Angel would carefully walk beside the child whispering suggestions to her heart. Now angels do this with humans quite often, but for reasons unknown, children, especially on this night, tend to listen better than the rest of us. So, the child suddenly had another idea, and going back down the stairs, she called information to find the phone number of the man in the article. Then calling that man up, she told him that this night someone would be waiting for him at their town train station and then she quickly hung up. After repeating the same call to the lady next door she then returned upstairs to continue waiting. Later that night she would see them from the attic window slowly walking, hand in hand back towards the lady's home.

After several more letters including that of one young man who had found redemption within a Christmas dream, she realized that there was something magical about this day. Her friends had obviously been wrong for grownups clearly did believe in this day as much as any child.

Feeling somehow exhilarated and very tired she was convinced that she had her answer and there was now no need to wait any longer. But, just as she was about to leave, she noticed that someone had left a present for her right by the trunk. He must have arrived when she was downstairs. Picking up her gift she headed back to her bedroom where she was soon, happily, fast asleep. The Angel noticed that the night was now nearly over and he had very little time left to complete his mission when he suddenly realized that his quest was already finished. Returning to the heavenly kingdom, he appeared before the Lord and showed him a child safely asleep in her bed, a child who realized that the world was magical, and that as magical as it was that she could make it better. A child who once again believed. And the Lord smiled at the Angel and took him into his heart. 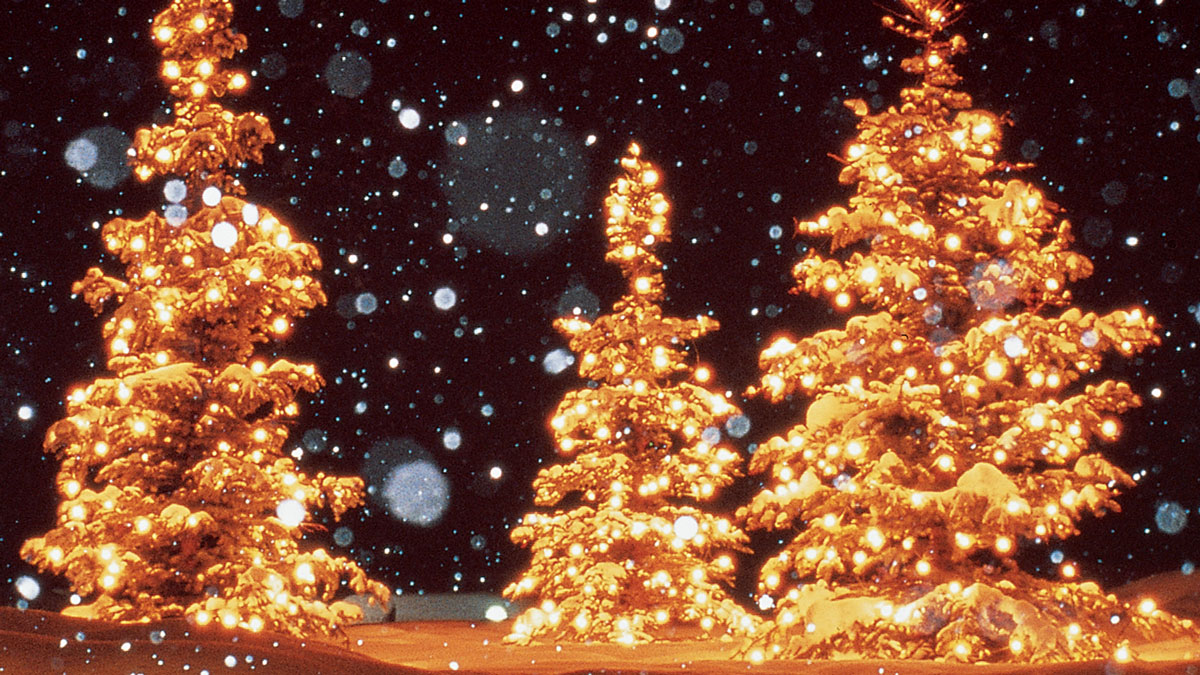