Letters From The Labyrinth Stories: The Dash

It was the last class of the first day of school. Singly and in pairs a group of fifteen-year-old students filed in, located seats, and awaited the start of their final class of the day, -History. Outside the first floor classroom, summer still tantalized and beckoned with her myriad of temptations.

When the last student sat down, the principal walked in and called for silence in a loud voice.

"Alright everyone, listen carefully. Your regular teacher, Mr. Pitrelli, will be out sick for a while. In a few minutes, your substitute teacher will arrive. I want absolutely no fooling around and you are to pay attention to everything he says and do everything he assigns you. If I hear of any trouble, you will regret it. I have to leave for a teachers' conference now but do not forget what I said."

With that the principal turned around and exited as swiftly as he had appeared, the door slamming behind him. As the sound of his footsteps faded, the door started to ever so slowly, edge open again. When the door was open enough, a man with long hair wearing a long black duster slipped halfway inside. Standing in the threshold, his eyes scanned the students and then peered outside the door in both directions down the empty halls. Then he stepped inside. Easing the door closed, he looked at the class and mysteriously said, "Okay, I think it's safe."

The man walked to the desk at the front of the classroom. But instead of sitting on the chair behind it, he sat on the front edge of the desk itself. The students watched in fascinated silence. They were not sure what was happening but it was definitely different. Different, always has the possibility of being interesting and interesting is a time-tested defense against one of the most dreaded of human conditions, especially dreaded by teenagers-boredom.

"Greetings, eager young minds. I will be your substitute teacher for the immediate future. I have been charged with giving you things to wonder about and also wonders to think about. Does anyone have any questions?" Not one student replied and there was half a minute of awkward silence. "By the way, I find this room extremely claustrophobic. If anyone agrees with me, will you please raise your hand?"

In the blink of an eye, every students' hand shot in the air.

"Ah-ha, breakthrough! First contact has been achieved! Now how do I build on this momentum?" The teacher scratched his chin as he seemed to drift deep into thought. Then he exclaimed, "I've got it! No one can learn under such oppressive conditions. I say that we escape this dungeon we all have been lured into. Furthermore, through yon window, I spy a large old oak tree between this classroom and the athletic field. I sense that oak clearly sees you and beckons us to meet beneath the shade of her branches. I motion that we waste no more time and start our escape now. Does anyone second my motion?"

Numerous students quickly raised their hands in the air in agreement, until a young girl named Amelia stood up and said. "Sir, I don't think the principal will give us permission."

"Unbelievable, a person thinking ahead. But permission, my dear child, only matters if . . . you ask for it. I motion we do not seek, inquire, nor request the aforementioned permission to move to a better learning environment. Instead, I suggest that we think outside the box. There are many roads to the same destination."

The teacher walked over to one of the open first floor windows, placed both hands on the sill, and with an effortless grace, vaulted outside onto the grass. The students looked at each other in disbelief at their luck. Not only were they escaping this stifling classroom but their escape was instigated, sanctioned, and led by their new teacher. The students rushed to put their books in their knapsacks and rapidly followed him out the window.

By the time the last student had exited through the window, the teacher was already seated on the ground with his back resting against the large oak tree. One by one, the students gathered around him.

"Alright," the teacher said when everyone seemed comfortable, "let's have one of you pick the first question from History that you would like an answer to. Let's start with something simple."

Grant, a student in the back who had a bit of a reputation as the class clown, asked with an impish grin, "Sir, where can one find the meaning of life?" Several students burst into laughter.

"Ahh," the substitute teacher, replied, "that my young man is a very good question. The . . . " Before he could continue, the school's track team, practicing on the nearby running track, stopped and stared at the unusual gathering of students, until their coach ordered them to continue practicing their sprints.

"The answer to the meaning of every life is all in the dash," the teacher replied.

"No disrespect, sir," Amelia said, "but I have no idea what that means."

"Just think about it and the meaning will appear crystal clear."

"How will we know if we are right?" 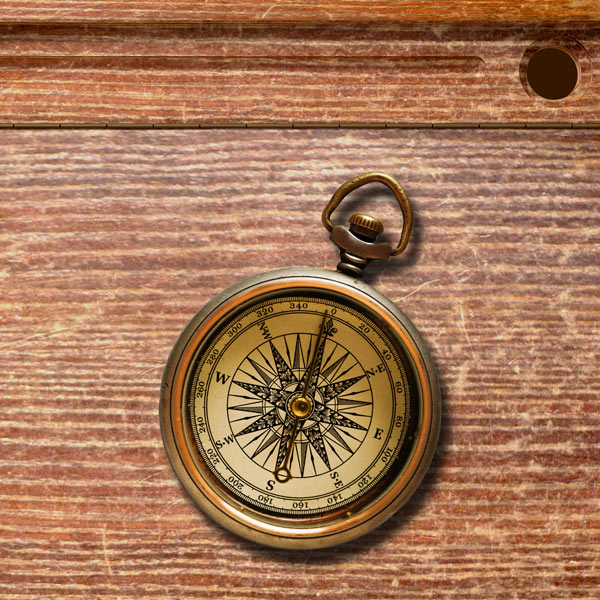 "Trust me. You'll know, and the minute you know, consider class dismissed and you can head home early. Oh, and to make it easier, I'll give you a hint." The teacher reached into his duster and took out a compass, which he handed to Amelia. "Since you seem to be the brains of this outfit, follow this compass north across the athletic field. The sooner you start the sooner you'll figure it out."

The teacher then headed back into the school and Grant said, "That is one strange puppy. Who carries a compass in their pocket?"

"At least he's not boring. Now let's get going so we can get out of here early," Amelia said, looking at the compass and following it north across the field. The rest of the group followed, stopping for a moment to allow the track team to cross their path.

"I got it!" Grant exclaimed. "The dash means the faster you get started in life, the sooner you'll discover what you are supposed to do."

"That can't be it," his friend Olivia said. "I've seen a lot of people who rushed through school to jump into a job that they hated and later felt trapped in. Keep walking, Grant."

At this point they were nearing the edge of the field and approaching a thinly treed patch of forest when one of the students asked, "What do we do now?"

"I can see the steeple of that old stone church on the other side of these trees," Amelia said. "Maybe he left a book with the answer inside. It's straight ahead north so let's keep walking."

As they walked out of the small grove of trees, they could see the old church about fifty meters away. But to get to it, they had to cut across an old cemetery filled with gravestones. Some were ornately carved while others were very plain, but all of them were weathered and worn, some for well over a century.

One of the students, who wanted to be an art major. noticed one of the stones had the name and date carved in unusually beautiful calligraphy. "Hey, guys!" she called out. "Could we stop a minute here? I have my etching pad and charcoal pencil and my father taught me a trick of putting a piece of paper against words carved in stone and no matter how worn down they were if you rub over them you will get an exact reproduction of the carving."

The others looked on as the girl carefully lined up the paper against the headstone and gently rubbed the charcoal over the weathered carving. When she was done, she carefully peeled it off and held it up for the others to see.

Suddenly, Andrew dropped his knapsack and exclaimed, "I've got it! Every one has a name, a date we're born, and a date when we die. And when we are laid to rest they carve those dates into the stones or print them in newspapers but in-between those dates there is always a dash. The meaning of our lives has nothing to do with our name, or the day we're born, or when we die. It's all about what we do in the dash."

All the kids looked at each other and realized that Andrew had figured it out and together they all turned around and headed home.