When Paul O'Neill first conceived Trans-Siberian Orchestra, his goal was as straightforward as it was incredibly ambitious. "The whole idea," he explains, "was to create a progressive rock band that would push the boundaries (of the genre) further than any group before... Way, way further."

With more than 10 million albums sold, TSO has inspired generations of fans to rediscover the multi-dimensional art form of the rock opera. Meanwhile, on the road, they have become one of the world's top acts, with Billboard magazine naming TSO as one of the top touring artists of the past decade -- a $20 million-plus production that has played to over 100 million people in 80+ cities, selling more than $280 million worth of tickets and presenting $11 million to charity.

O'Neill, a New York City native grew up, "with a wide-ranging world of (rock) musical influences." But, O'Neill also soaked up sources such as Broadway musicals, Motown and singer-songwriters such as Jim Croce and Harry Chapin, while authors such as Oscar Wilde and Robert Graves fueled his literary tastes. He began his career playing guitar for touring productions of Jesus Christ Superstar and Hair, then went to work in the late '70s for Leber-Krebs Inc., the Manhattan management company whose clients included Aerosmith, Ted Nugent, AC/DC, Def Leppard, the Scorpions, the New York Dolls, and scores of others. In the '80s, O'Neill became a major concert promoter in Japan as well, but returned to the States to start writing and producing full-time.

O'Neill helmed Aerosmith's Classics Live I and Classics Live II albums before beginning a fortuitous relationship with the band Savatage that led to conceptual pieces such as Hall Of The Mountain King, Gutter Ballet, Streets: A Rock Opera and Dead Winter Dead. Producing introduced O'Neill to Jon Oliva, Bob Kinkel and Al Pitrelli, as well as reconnecting him with legendary studio engineer Dave Wittman, who all became key original collaborators in O'Neill's grand vision - Trans-Siberian Orchestra.

"I wanted to take the very best of all the forms of music I grew up on and merge them into a new style," O'Neill says. "Basically I was building on the work of everybody I worshipped: the rock opera parts from bands like the Who; the marriage of classical and rock from bands like Emerson, Lake & Palmer and Queen; the over-the-top light show from bands like Pink Floyd... I always wanted to do a full rock opera with a full progressive band and at least 18 lead singers."

O'Neill took the idea to Atlantic Records which, to his surprise, went for it and financed the creation of Romanov, which was initially to be TSO's first release. "We were very fortunate," he says. "It was one of the only labels left that still did an 'old school' kind of artist development. My original concept was that we were going to do six rock operas, a trilogy about Christmas and maybe one or two regular albums."

But TSO really cemented its following in concert. The group hit the road in 1999, beginning an annual November-December extravaganza that O'Neill takes pride in being, "as over the top as we can make it. We have, two stages --with pyro, light and lasers-- on both sides of the arena, as well as in the crowd and the best sound we can find... There's no second-class seats at a Trans-Siberian Orchestra show. I want people to walk out of our shows speechless and still not believing what they have seen was possible."

TSO's latest album, Night Castle, released in October of 2009 debuted at #5 and was certified gold by year's end. A sweeping two-discs of genre-bending epics, Night Castle is an affecting story that takes the listener around the world, through time and to points beyond. O'Neill and company will eventually give Night Castle its due in a live setting just as they have Beethoven's Last Night in spring '10 with a new hybrid form of concert they called "Rock Theatre"-- just one of many multi-media avenues TSO will be exploring in the near future...

"We spend a lot of time planning," O'Neill confesses with a laugh, "and people are always telling me, 'Paul, stop writing and start recording!' It's working out great, though. I feel lucky that it's gone this long and that we get to do what we love for a living. The arts have incredible power, and with that comes incredible responsibility. Someone once said that if you want to change the world, don't become a politician -- write a book, write a great song. I believe in that, and that's what Trans-Siberian Orchestra is about."

"I've always believed that music has the power to transport and transform," O'Neill explained. "The original concept of Trans-Siberian Orchestra was how to make music have the most emotional impact. We always try to write melodies that are so infectious they don't need lyrics and lyrics so poetic that they don't need a melody, but when you combine the two together they create an alloy where the sum of the parts is greater than the whole. Once those songs are woven together into a tapestry they create a story which gives each song a third dimension."

"That was so much in the spirit of Trans-Siberian Orchestra," O'Neill explains. "This is a group --a constantly morphing group-- of extremely creative and talented individuals who are always trying to raise the bar of where a band can take its audience sonically, visually and emotionally. With that as our core ideal, the possibilities are endless." 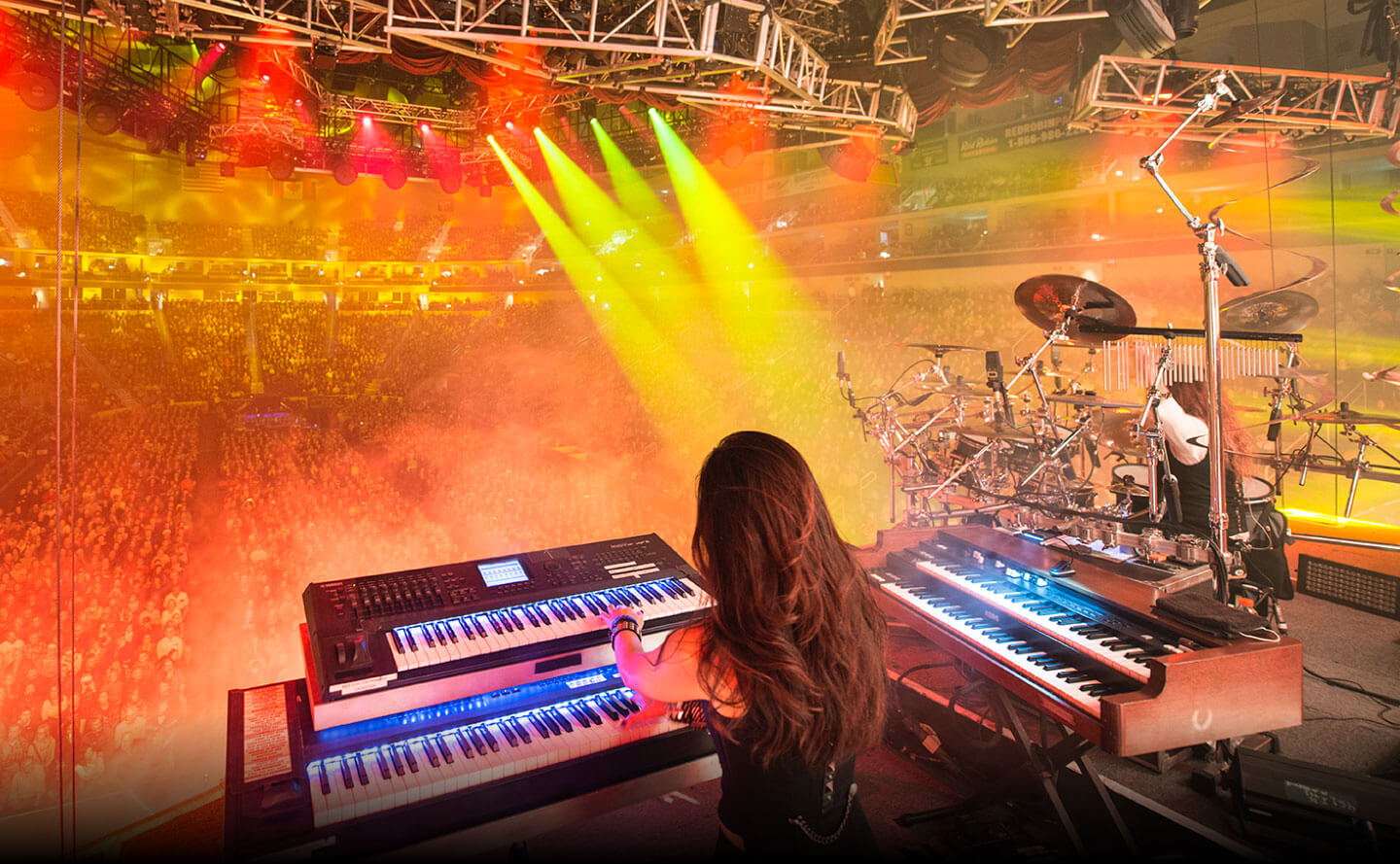